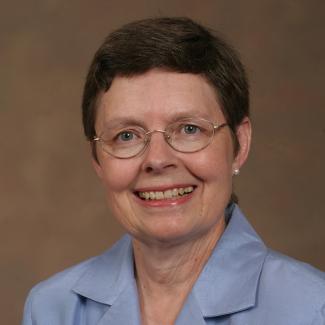 Kristine C. Harper received her A.B. in mathematics from University of California, Riverside, her M.S. in meteorology and oceanography from the U.S. Naval Postgraduate School, Monterey, California, and her Ph.D. in history of science from Oregon State University, Corvallis (2003). Professor Harper has also been a postdoctoral fellow at the Dibner Institute for the History of Science and Technology at the Massachusetts Institute of Technology.

Professor Harper specializes in the history of the physical environmental sciences in the 20th century, with particular attention paid to the atmospheric, oceanic, and hydrologic sciences as they relate to science and natural resources policy. Her latest book, Make it Rain: State Control of the Atmosphere in Twentieth-Century America (University of Chicago Press, 2017), tells the long and somewhat absurd history of state-funded attempts to manage, manipulate, and deploy the weather in America, especially during the Cold War. Make it Rain received the American Meteorological Society’s Louis J. Battan Author’s Award and the Bronze Medal in General Non-fiction from the Florida Book Awards. She is also the co-editor of Exploring Greenland: Cold War Science and Technology on Ice (Palgrave Macmillan, 2016) and the author of Weather by the Numbers: The Genesis of Modern Meteorology (The MIT Press, 2008), which is the history of the growth and professionalization of American meteorology and its transformation into a physics- and mathematics-based scientific discipline in the 20th century. It won the Atmospheric Science Librarians International (ASLI) 2008 Choice Award (History Category). Professor Harper’s next project will examine the history of desalination efforts. Her articles have appeared in Social Studies of Science, Osiris, Annals of Science, and Endeavour.

During the 2007-2008 academic year, Professor Harper was a National Endowment for the Humanities Research Fellow and a Fellow at the Tanner Humanities Center, University of Utah, Salt Lake City. Prior to coming to Florida State, she was a faculty member at New Mexico Institute of Mining and Technology in Socorro. In addition, Professor Harper chairs the History of Geophysics Committee of the American Geophysical Union, the largest geophysical professional society in the world.