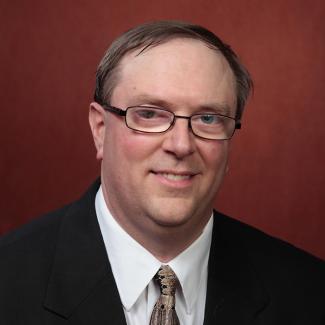 Prof. Adams received his Ph.D. from the University of Notre Dame in 1997 in Experimental Particle Physics. Afterwards, he was a post-doctoral researcher at Kansas State University studying neutrino physics with the NuTeV collaboration. He joined the faculty at FSU in 2001. His research interest is in particle physics, also known as high energy physics. The goal is to understand the most basic particles and forces in nature. Upon coming to FSU, Prof. Adams began working on the D0 Experiment at Fermilab (Chicago) which completed data taking in 2011. He now works with the FSU High Energy Physics Group on the CMS Experiment at CERN (Geneva, Switzerland).

Prof. Adams’ current research is focused on the pursuit of signs of new physics at the CMS experiment at CERN. The Large Hadron Collider (LHC) is the world’s highest energy particle accelerator and has completed an initial data period (2010-2012). Using this data, CMS (along with its competitor ATLAS) discovered a new particle that has properties similar to the long sought after Higgs boson. Prof. Adams is currently seeking evidence for new heavy charged particles in the CMS data. This work (in collaboration with a small group of researchers from around the world) has resulted in three publications (two in the Journal of High Energy Physics and one in Physics Letters B). He is also searching for new physics in events with three photons predicted by a model created by Prof. Takemichi Okui (FSU). The FSU CMS group has a long-standing commitment to the maintenance and understanding of the performance of the CMS electromagnetic calorimeter. Prof. Adams leads FSU’s efforts toward a future upgrade of the CMS calorimeter.

he D0 collaboration is completing analysis of a dataset acquired during 2001-2011. Prof. Adams was one of the collaboration's experts on Monte Carlo simulations and searches for new physics signatures. In 2007-2009, he was the co-leader of the D0 New Phenomena physics group that produced approximately one quarter of the experiment’s papers during that time. Prof. Adams' research with the D0 Collaboration led to results on the search for new physics in long-lived particles and studies of top pair production. In 2006, he performed a search for a neutral, long-lived particle decaying to two muons using data from D0. The result was highlighted as Fermilab's Result of the Week on March 2, 2006 and publishing in Physical Review Letters (PRL 97, 161802 (2006)). In 2008, work was completed on measuring top pair production in a final state involving a tau lepton, an electron or muon, two b-quarks and several neutrinos. The top quark was originally discovered by the D0 and CDF experiments in 1995 and the tau decay was the last remaining standard model mode to be observed. This result was incorporated in three papers (two in Physics Letters B and one in Physical Review D).

The discovery of a new particle in 2012 was just the beginning for the LHC physics program. The CMS Collaboration plans to continue taking data through 2030 and CERN will achieve a new world record for highest energy beam by doubling the beam energy in 2015. The discovery possibilities are astounding! For more information on Prof. Adams' research, see his webpage.