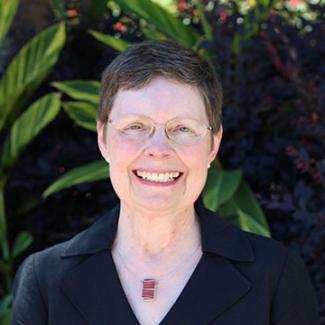 Dr. Kristine Harper is a professor of history. She joined the Florida State University faculty in 2008. Dr. Harper conducts historical research at the nexus of the history of science, history of technology, and environmental history from the late nineteenth through the twentieth century, with special emphasis on the Cold War. A meteorologist and oceanographer before turning to the history of science, Dr. Harper has focused primarily on the history of atmospheric science in the United States. Her first monograph, Weather by the Numbers: The Genesis of Modern Meteorology (MIT Press, 2008) examined the development of numerical weather prediction models in the immediate post-World War II, which were heavily funded by US military. Her latest monograph, Make it Rain: State Control of the Atmosphere in Twentieth Century America (Chicago, 2017) addresses the influence of the American state on efforts to deliberately control atmospheric processes for military and diplomatic purposes abroad, and for domestic purposes, primarily hydropower and agriculture, at home. Make it Rain was the awarded the Louis Battan Author’s Prize by the American Meteorological Association and the Florida Book Awards Bronze Medal for the General Nonfiction in 2018. She was also the coeditor (with Ronald Doel and Matthias Heymann) of Exploring Greenland: Cold War Science and Technology on Ice (Palgrave Macmillan, 2016).

Dr. Harper’s current research is focused on the US government’s support for desalination projects during the Cold War as a way to alleviate shortages of fresh water both at home and abroad. Much of the early work was shrouded in secrecy, not to protect the development of the relevant technology so much as to protect diplomatic efforts involving which nations would receive assistance in building these nuclear-powered plants and which would not. She has accumulated copies of well over twenty thousand documents from presidential libraries and archives, which she is now analyzing to piece the story together.

Much of Dr. Harper’s teaching, however, is done with the FSU-Teach program, which prepares mathematics and science majors to become secondary teachers. She teaches a specially developed course on the history and philosophy of science and mathematics that gives her students the information and guidance they need to teach their content area materials in historical context, thus providing a framework for their students to build on. And because of her science background, she also co-teaches a course in scientific research methods.

Before coming to FSU, Dr. Harper held a National Endowment for Humanities Fellowship and a Tanner Humanities Center Fellowship at the University of Utah (2007-2008). She was an assistant professor of history at the New Mexico Institute of Mining and Technology (2005-2008) and a post-doctoral fellow at the Dibner Institute for the History of Science and Technology at the Massachusetts Institute of Technology (2004-2005). Dr. Harper is also the author of several books for middle and high school students.

Dr. Harper is a graduate of the University of California, Riverside (A.B., Mathematics, 1973), the US Naval Postgraduate School (M.S., Meteorology and Physical Oceanography, 1985), and Oregon State University (Ph.D., History of Science, 2003).