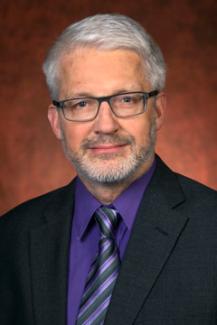 Dr. Eric Chicken joined the faculty of Florida State University in 2002 as a professor of statistics. His research is primarily in the fields of function estimation and statistical process control. His research is broadly interdisciplinary, with applications and collaborations in engineering, medicine, hydrology, education, and operations research. He has been funded by several federal and state agencies including the National Science Foundation and the Department of Defense. He is a Fellow of the Institute for Defense Analyses (2016) and an Elected Fellow of the American Statistical Association (2015), the main professional association for statisticians, and has been awarded two Oak Ridge Institute for Science and Education Fellowships (2015, 2018).

Dr. Chicken served as the advisor for 14 doctoral students in statistics between 2009 and 2021 and is currently supervising three Ph.D. candidates. He has also guided two undergraduate honors theses in statistics, and been a part of numerous Ph.D. student committees across campus. In 2016, he received the Outstanding Graduate Mentor Award from FSU.

Dr. Chicken is active in faculty governance, leadership, and service at FSU and elsewhere. He has been a faculty senator since 2007, served on the university’s Graduate Policy Committee for three years, the Undergraduate Policy Committee from 2012 to 2020 (the last five years as its chair), the Faculty Senate Steering Committee since 2016, and performs regular and ongoing service for his department. Beyond FSU, he has served as the President of the Florida Chapter of the American Statistical Association, organized conferences related to his research, and remains active in editorial and review duties with journals and grant organizations in his research area.

Dr. Chicken is a graduate of the University of Wisconsin, Madison (B.S., Mathematics, 1986), the University of Colorado, Colorado Springs (M.S., Applied Mathematics, 1993), and Purdue University, West Lafayette, Indiana (Ph.D., Statistics, 2001). Before his academic career, Dr. Chicken was a commissioned officer in the United States Air Force. His principal assignment was in Space Command with satellite engineer as his primary duty. He left the service in 1996 at the rank of captain.